What do you program in Python? Real-world applications with library examples

When I started learning Python, I got curious about what people write in this language. If you look at it from a general perspective, it seems like Python is used everywhere – it’s such a super universal language that you can write computer games, create a social network with pictures, make a website, and whatever else you want. Just learn Python and you can program whatever you want,
anything you want. It’s like saying that it’s like an entire house is built out of plaster… it’s only covered in plaster, but it’s built with concrete, for example. Python is plaster in that sense.

Thanks to the wonderful marketing of the Python programming language, it is gaining popularity every year, but how things really are – what really programmers program in Python, what jobs are available, what skills are paid for.

When you hear that a programming language is slow, it’s hard to feel that in practice, because novice programmers usually solve simple problems that run in seconds in any programming language. I’ve heard many times that Python is slower than C, but in practice I was convinced of this when I decided to write a Python backend program that accesses the database on the server side and works with several thousand queries. When I ran my script I had to wait 7-10 seconds for the operations to be executed.
But if Python is really so, let’s say, slow in places, then what can
I was curious where I could find a solution to this problem, because I had to wait for it to execute operations in 10 seconds. I was curious where there are vacancies for Python programmers and what skills are most in demand. It turned out that there are essentially two categories of jobs that actually pay money:

The backend is what happens on the server side in the world of online projects. To do backend development in Python you need to know a few more. Most of them are basic html / css, SQL, TCP/IP and other Internet stuff, working with databases via MySQL, PostgreSQL etc., frameworks like Flask, Django etc: 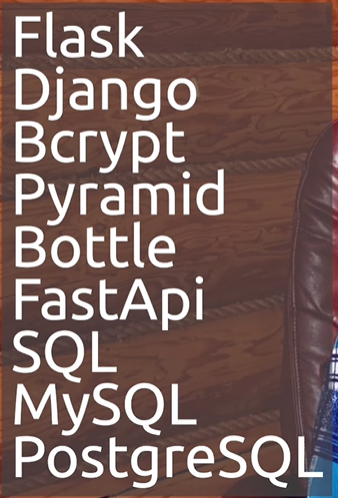 To follow this path, you need to understand not only the basic syntax of the Python language, but also learn the relevant libraries and frameworks, as well as generally understand how the Internet and Web sites work, how mobile applications work, what a client-server architecture, information packages, and so on.

This area is very broad and combines many things: data analysis, machine learning, neural networks, image processing, artificial intelligence, etc. This direction is suitable for those who know mathematics and statistics well, probably likes all sorts of modeling. Here, in addition to general technical knowledge and knowledge of Python, you need to learn libraries to work with data, for each area it will be different tools, but there are the most popular, which will be useful to everyone (see figure below). 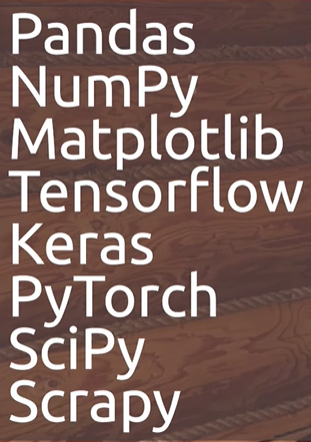 Why everyone learn Python?

In addition to the two main directions described earlier, there is another option of using Python – writing scripts for every day. Any programmer in his work faces routine tasks that can be done manually or with his main programming language, but in practice it turns out that Python copes with everyday routine tasks much better than other “faster” or “advanced” programming languages.
If you need to rename all the files in a folder, or compare one pile of documents with another, or operate on text, you can very quickly concoct a Python script that does it for you. Script in this context is a simple mini-program that solves a fairly primitive specific problem.
Write what do you program in Python? What direction do you want to develop in?
← Прежде: Python: string generation with concatenation


This entry was posted in Python (en). Bookmark the permalink.